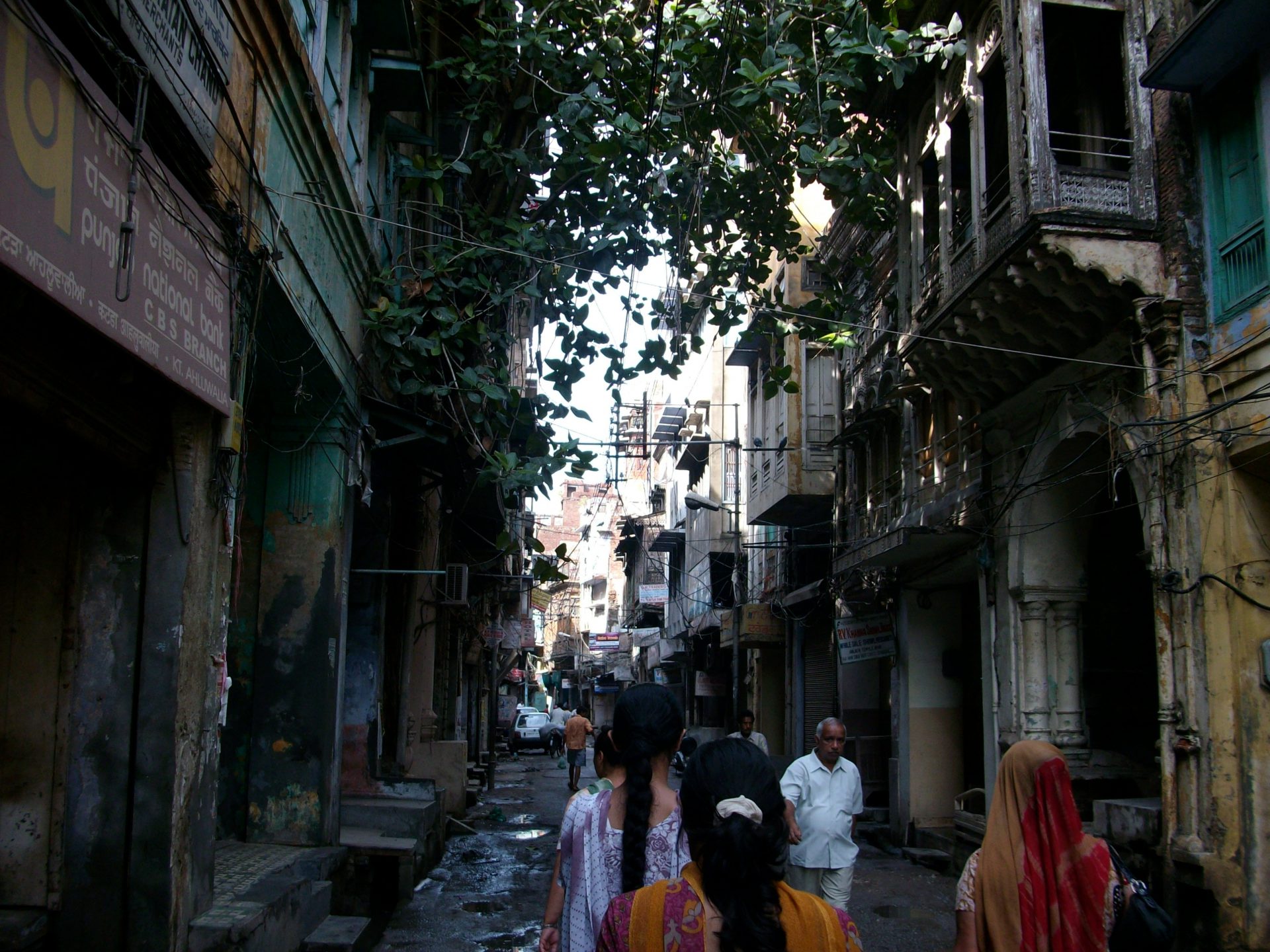 When I began my career, PR involved measuring coverage with a ruler and looking in a directory to find out a journalist’s coordinates. Over the years, the industry has continuously evolved – but, with the tidal wave of technology, the entire PR fraternity has had to rethink its strategy beyond traditional media.

With newer channels of communication, PR practitioners have had to think beyond just securing coverage and strategically focus on integrating the trifecta of channels (i.e. paid, earned and owned media – including social media and content marketing) to reach wider audiences.

Technology has undoubtedly changed the way businesses and individuals communicate. As technology has become more interconnected and transcended into the physical world, communication has also followed suit.

The public relations industry has evolved and the way people communicate has changed, And the best firms have not focused on tactics, but rather on business goals and adopting the appropriate strategic approaches to draw on the right communications channels to deliver on those goals.

In India, these changes have been particularly challenging. Our communications market is unique in the world. India plays host to 1.2 billion people – and over 20 recognised official languages. With more than 70,000 newspapers (and over 100 million copies sold each day), we currently represent the biggest newspaper market in the world.

However, with roughly 462 million internet users (200 million of which are active on social media), India also constitutes the second largest online market in the world (behind China).

Finally, there are also over 1600 satellite channels to contend with – approximately a quarter of which are news platforms. Put simply, India represents a changing media landscape of almost overwhelming diversity of audiences and platforms.

In navigating these changes and platforms, however, there has emerged one consistent requirement for communicators – a need for cutting-edge content. Content that is original, snack-able (in different formats and across different platforms) – and, of course, content that appeals to audiences. In essence, a need for compelling storytelling. While a need admittedly being confronted in markets and industries across the world, it’s a need of especial significance to those working within India’s uniquely diverse communications market.

To truly win over modern Indian audiences, brands need to understand that personalisation and storytelling are, without a doubt, the most significant factors in emotional attraction and, consequently, striking a chord with audiences. People are looking for experiences and conversation – not mere promotion of brand products and services.

The importance of emotional, authentic, compelling storytelling is becoming increasingly recognised as core to both Indian brand communications and the PR fraternity worldwide. In more and more campaigns, the success of our work across the globe is based on the relationship created with the public across all marketing channels, both online and offline. Hence, the best way to truly impact a targeted group of consumers is through relevant, personalised and engaging content.

Our world has changed. It’s less insular, more global, and more interconnected. While some of us still prefer to read a paperback or to have a magazine or daily newspaper in our hands, the world has gone digital. Long gone are the days when we would hear big stories breaking only via news broadcasts or newspapers. Consumers are now also switching to social media to get their daily newsfeed of what’s happening – in their society and in the world at large.

While some may see this change as cumbersome, I’ve seen this as a huge opportunity for brands, PR agencies and in-house communication teams. Now, brands themselves have become influencers within their industry and target audiences.

Brands have become thought leaders by developing content on their own media channels with blogs, websites and social media channels – with the focus now being on a targeted content strategy rather than hoping the media picks up the story and that the messaging is clear. Brands can currently connect directly with their audiences through their own channels or through influencers with already-established reach.

Through social media, brands have ensured better quality of content by using imagery and videos. And, as social media has continued to evolve, brands and influencers have made use of new livestreaming options to connect with their audiences in real-time.

Research indicates that, as far back as 2013, approximately 80% of journalists were investigating their stories on social media*. Today, if you can build hype around your brand on social channels, then it’s likely the media will pick up the story. PR agencies have capitalised on these opportunities to create offerings that support the requirements of a digital age of communication. At Weber Shandwick India, we foresaw and took advantage of this opportunity by innovating a consumer marketing and digital offering to meet the challenges that brands face in meeting digital and social requirements of modern consumers on their own terms.

Digital and social media have blurred the lines between marketing and PR functions, creating a need for more integrated communication roles. As a result, the PR umbrella has come to encompass paid, earned and owned media – including social media and content marketing.

As the media landscape has changed, marketers have needed to change their strategies to reach their target markets. With changing technology and social media platforms, less cash flow is being budgeted for traditional media such as magazines and more money is budgeted for “new media”. Regardless of the type of media used, PR experts need to use integrated marketing communications to deliver one consistent message to audiences.

This expanded PR toolbox opens the door for PR professionals to drive their messages, reach larger audiences, and deliver stronger results. But, only with the right content. Whether engaging through print media, live streams or social channels, compelling storytelling will likely always be the key determinant of success in our industry.

If there has been a single campaign that has demonstrated this to me, it has been our ongoing work with award-winning documentary Daughters of Mother India. If you’re unfamiliar, this documentary captured the aftermath of the brutal rape of Nirbhaya – a 23-year-old student from Delhi. At Weber Shandwick, we saw Daughters of Mother India as an opportunity to challenge the status quo and help change mind-sets to help build a more equitable society.

To do so, we partnered with director Vibha Bakshi pro bono and used Daughters of Mother India as a foundation to communicate the idea of a larger social movement around valuing women. In keeping with the diverse audiences of the Indian market, we utilised a three-pronged approach; consisting of country-wide screenings, promoting Vibha as a spokesperson for the cause and utilisingstrategic partnerships to amplify the reach of messages. Through our partnerships, for example, the film was screened in seven languages across several different online channels.

While the campaign continues, the impact to date has been tremendous. The Indian police academy has made the film mandatory viewing (as have 163 Jesuit schools). The government of Maharashtra created three shorts from the film for mandatory screenings in every movie hall.  The campaign has been covered in 80 mainline newspapers and the ensuing Daughters of Mother India movement has generated over 31 million impressions from online audiences. The film has reached over 2.7 million people and has been viewed for over 11,000 minutes through online channels alone. Just recently, our work with the documentary was recognised as the Global Campaign of the year at 2017’s PR Week Global Awards.

And, to reiterate, the remarkable impact of the campaign was achieved not solely by a strong sense of moral purpose or through our innovative use of online channels – but through our combination of innovative technology and rich, compelling storytelling allowing us to create a campaign that struck an emotional chord with audiences.

The success of our work with Daughters of Mother India has only strengthened our resolve to present rich, compelling stories through our work – even as we do so across an increasingly diverse range of media. Our latest campaign Feed the Future Now is a movement for social change that aims to provide five billion meals to malnourished children by 2020.

It is based on the premise that every child deserves a nutritious diet, a fulfilling education and a bright future. The movement envisions a public-private partnership and engages with civil society at large across a multiplicity of platforms to create a common mission for all.

We are envisioning a seminal movement that will bring everyone together to pledge to the cause of ‘Nourished India, Educated India’. As with Daughters of Mother India, it’s a campaign delivered across many platforms but grounded by an essential focus on compelling, evocative storytelling.

In the end, it will always be important for PR professionals to remember that focus. While communication platforms will change, audiences move and mediums evolve – the core of what we do will always be to deliver a compelling and effective story. Regardless of how technology shifts, audiences will always connect with genuine, compelling, human stories.