It’s about people, not technology

“I would call it a natural evolution rather than migration,” Polansky says about how PR firms are heading into the digital frontier. “Social and digital is core now to everything we do. It’s not a separate entity. It’s embedded into our business.”

The global CEO told PRWeek he has complete confidence about his agency and PR as a practice, seeing boundless opportunity now that social and digital technology have become mainstream. And the crux of that, he emphasizes, is in the heritage of PR to tell relevant stories and “create content that appeals to multiple constituencies.”

“We talk a lot about visual influence in today’s world”, says Polansky, adding that he believes that’s a natural fit for PR. “It’s about how do you create that engaging content that will be shareable. And more and more companies are looking for those types of strategies.”

While PR firms might carry a legacy of simply being the authors of press releases, many are actively pursuing and promoting ‘content marketing’ services that blur the line between advertisements and information or entertainment. Research also reported in PRWeek recently went so far as to say that if PR agencies don’t become content creators, learning to produce media as well as they influence it, they’ll be dead. That’s a sentiment Polansky also embraces, which is clear not only from how he talks about the industry but also how his agency behaves.

Almost two years ago, Weber Shandwick started Mediaco, a specialized division that the agency bills as its solution to help brands become media. It draws on technologists, user-experience engineers and experts from different business sectors as well as traditional copywriters and graphic artists. Production is a big part of its offering, but PR is still its heritage. 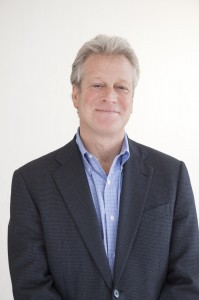 The practice has more than 700 people worldwide, and the digital space it operates in, according to Polansky, accounts for about a third of Weber Shandwick’s business. But more significantly, he says, the firm’s digital capabilities also account for close to two thirds of its growth. That’s a real-world example of the implications found in the research referred to earlier.

“I think it is an opportunity. We talk about understanding market transitions, and if you think about the whole area of social and content marketing, we’ve been adding depth of expertise for years now” Polansky explains. He cites double-digit revenue growth this year, on top of double-digit growth the year before, as evidence that focusing on digital, which includes production, is working.

Becoming a broadcaster in the traditional sense of a TV channel, with all the transmitters and modulators required, is clearly not an option for most companies. But companies can continuously broadcast their message on digital channels like YouTube, Facebook or their websites. And they can start acting like broadcasters even though they don’t have all the equipment. The question then becomes, who is going to produce that content and develop the strategy for it?

Polansky believes companies are going to worry much less about which kind of firm to hire and look simply for the one that works best for them. “Who is going to be the steward of strategy and bring a mindset for integrated marketing?” he asks. “PR companies have an opportunity to thrive in this environment.”

What Weber Shandwick’s CEO sees as the future, or even the present, is that brand leaders want a partner which can work seamlessly across the whole spectrum of paid, owned and earned media as well as all the new and old platforms. The distinction between types of agencies then shrinks, and the ability to deliver a whole package becomes the core competency for any marketing related company.

To illustrate how blurry the old lines between types of firms have already become, Polansky points out that his firm is the advertising agency of record for American toy maker Fisher-Price.

That’s an unusual situation, but one that is likely to become more common as PR companies skill up digitally. And how will they do that? People. Polansky talks about how his firm hires all kinds of people, not just software engineers but lawyers, doctors and PhDs from a multitude of disciplines.

Polansky sees talent, not technology, as the key issue. And he stresses several times in the conversation how important it is to bring different mindsets to the table.

“Certainly we bring more dimension to the firm by way of the people we hire. We’re adding a lot of fresh thinking, a lot of new types of skill sets into the mix.

“When you look at our business broadly, its always a war for talent. That’s certainly true out here in Asia. It’s true around the world.”

To get talent, the CEO says it’s important to reach beyond the class of people who have studied communications at university. He cited Weber Shandwick’s healthcare division, which has practitioners with medical backgrounds who understand the medical implications of pharmaceuticals and procedures.

The same is true in the legal realm, where the company employs lawyers not as corporate counsel but as sector leads for clients.

“You want people who really understand the legal dimension to the issues you are helping companies manage.” The firm does the same with subject matter experts in technology, and he cited the firm’s knowledge of the wireless, consumer electronics and semiconductor industries in particular.

The talent solution comes down to building a depth of expertise. And then keeping it is a matter of corporate culture.

“We focus a lot on culture, and it’s a highly collaborative culture, across markets and across practice areas,” he says. “And we invest in our people a lot, in moving our people around and creating the kind of culture where people want to stick around.”

So while having new digital capabilities is clearly a key to success in PR, the people still matter more because they’re the ones making the decisions, coming up with ideas and still in the end, the whole business is all about influencing the people at the other end of the all the new media.

“What some might call the traditional business is still very important—with respect to earned media, strategy and working with news organizations—that is still critically important to companies. I think companies are more focused on their overall reputation than ever before.”

And the way they are going about maintaining that reputation has become far more sophisticated. TV, print and radio are still channels they use, but those outlets are all replicated online several times over—and consumers receive information across all of them. That has altered the spectrum of paid, owned and earned media, and the changed dynamic is where Polansky believes PR firms have an advantage.

“Your platform is better thought out when you have that type of expertise,” he says.

The modern corporate communications push needs to straddle that full spectrum in a coherent and unified way, such that ads match the media mentions and the messages on owned channels. Consistency is key to building trust. If consumers see a brand presented in too many different ways or iterations, it erodes that trust or even understanding of what the brand stands for.  PR’s heritage, with a holistic approach to media, should give agencies the insight needed to come up with not just a plan but also the production.

“Advertising is still an extraordinary powerful part of the equation,” he says, but owned media is coming to the forefront for brands more and more and in some cases has even led campaigns. Whereas in the past, paid ads were typically central to a strategy, the proliferation of digital channels means brands don’t have to depend on old media to get their message out.

“I think we’ll see that more and more,” Polansky surmises.

This article was first published on PRWeek