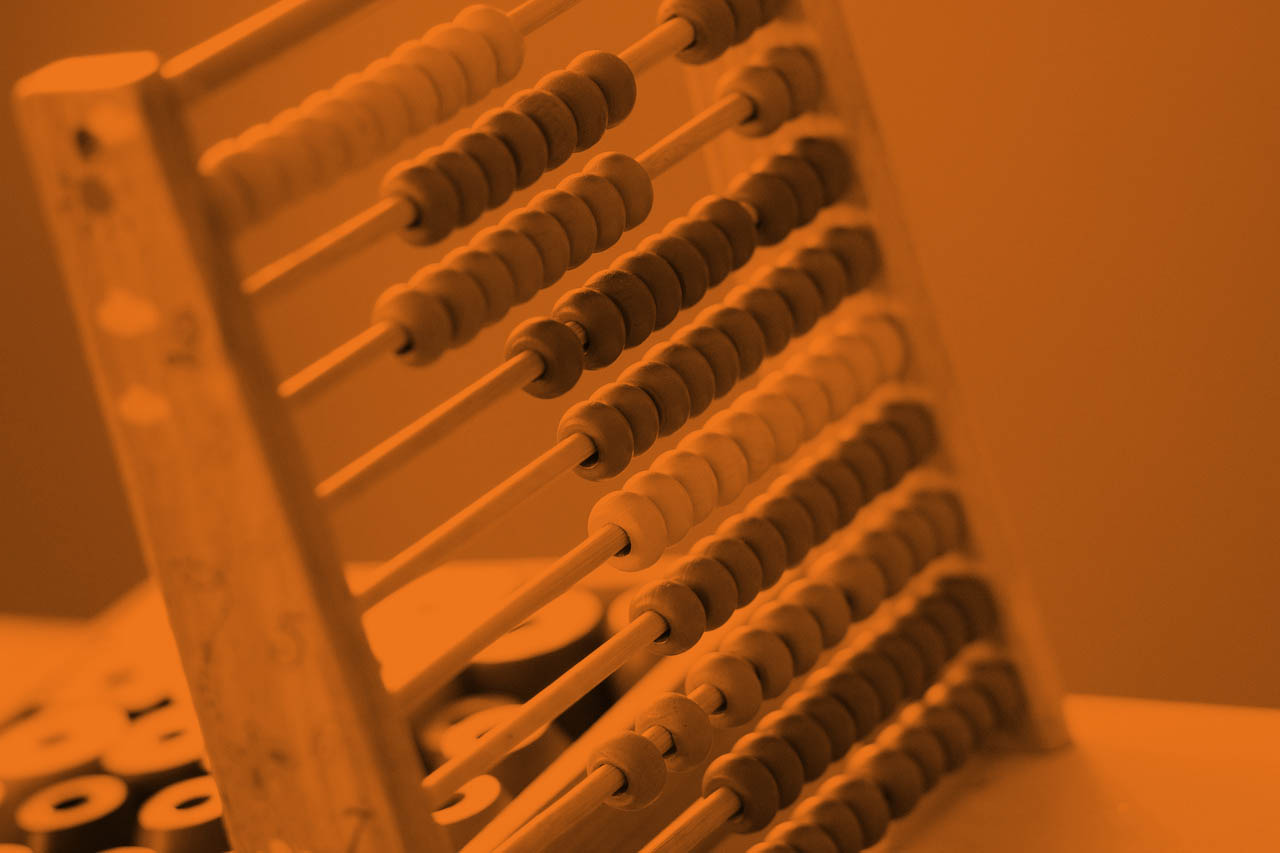 There are certain phrases that will occasionally captivate the imagination in marketing – racing like flames through the global marketplace with terrifying speed.

Until recently, analytics was simply another major trend for most people; a tactic businesses needed to embrace to stay connected to their ever-evolving digital audiences. But, over the past handful of months, it’s been thrust into the spotlight.

Now, ‘analytics’ is being looked at as something that could remake the world (and may have already done so). To some, that’s terrifying. For others, it’s mouth-watering.

But, is it actually what analytics does?

Analytics is a key focus for our company (Weber Shandwick). It has been for several years. But not because analytics is some form of sorcery that brings about clandestine change.

Frankly, it’s because it represents one of the few practical ways in which any brand might be able to successfully navigate the rapid velocity and expansive sprawl of our current (and future) technological climate.

But, let’s refocus. What actually is data analytics?

In simple terms, it’s merely ensuring your business is driven by hard evidence instead of guesswork or intuition. If that sounds surprisingly lo-fi, it’s because data analytics isn’t really new at all. In one form or another, it’s existed as long as businesses have existed.

To put it into bricks-and-mortar terms; it’s as simple as running a corner store, noticing that you’re selling more apples than oranges – and buying more apples and less oranges. You can get more granular with that comparison, of course.

In essence, that’s data analytics. It’s something that, in one way or another, we’ve been doing for centuries. If that sounds like an over-simplification, we can easily compare it to work we’ve done in the digital space for major global clients.

A skincare brand came to us to understand what people thought about their brand in China. We drew from more than 85,000 customer reviews to provide unfiltered insights from real people on pricing, customer service and perception of product benefits and drawbacks.

With those insights, we could build much more effective strategies – indeed creating new products and sizes. And, in terms of our bricks-and-mortar analogy, we just listened to the customers of our little shop. While data analytics can obviously function with much greater sophistication, it is fundamentally a logical, human process.

But – how does something so human a process balloon into negotiating international boundaries?

It’s important to note that data analytics is currently experiencing the same rate of accelerated change as any industry on the planet. And, ultimately, we’re in a period of substantial transition.

For the past twenty years, most industries have been migrating to an electronic paradigm. As a consequence (albeit a largely unintended one for many consumers), we’ve all been generating an exponentially increasing amount of data – as consumers, professionals and businesses.

Now, taken in isolation, this data all seems unimportant. It’s just the equivalent of whether we walk to the front of the shop to buy an apple or not. Insignificant footprints. But, en masse? It all builds up. Layers and layers of footprints and conversations. Millions of digital shadows.

As a world, we’re only just starting to grapple with the ramifications and complexity of all of this data. For many, that grappling has taken the form of how to leverage it. But, for the wider world, it’s been about how to regulate that data and how to ensure ethical usage.

Because many industries and populations have only recently started to comprehend the existence and potential of large-scale data usage, ethical security standards are only starting to take shape now – with various major players regularly announcing new polices in recent times.

All of which is to say; we’re currently in the unique moment in history wherein there is an unprecedented abundance of data – and an incomplete set of regulations governing how it’s accessed and used. As we’re already seeing, this is going to change.

In other words; what we’re currently experiencing as by-products of analytics approach are not really the norm. They’re an exception brought about by a confluence of unique circumstances. In years to come, analytics may function somewhat differently.

Which brings us to the second question – what is analytics for, if not those massive campaigns?

Analytics In The Future – From China With Love

It’s not an exaggeration to describe China as the most advanced ecommerce market in the world. The adoption rate for new technologies and approaches is arguably higher than anywhere else in the world – and ecommerce is more tightly integrated with everyday living than in any other market.

As such, few markets provide as accurate an insight into the future of data analytics. Doubly so, given that it functions almost as a world apart in terms of tools and metrics. The standard platforms typically measured in the west are not available in China – and local equivalents are still developing.

In China, there are new opportunities. But, there’s also a major obstacle: Fake Data.

In the Western world, we often discuss fake accounts or bots. But, with a larger and more connected populace, companies are forced to deal with an entirely different scale of deception. There can be massive amounts of fake users but also fake companies, fake products and fake services.

This has obvious and surprising ramifications. From an obvious standpoint, it can make it exceptionally difficult to understand the actual position of your company on basic metrics like engagement. Beyond that, it can make it hard to evaluate competitors.

But, it’s not the clear falsehoods that represent the problem. It’s where the true and the false meet in the middle. You may hire an entirely authentic contractor who inadvertently base their work or their outcomes off fake data. Again, leading your brand in the wrong direction.

What happens when fake news starts to affect fake users posting fake reviews to real websites for real customers? It creates a level of uncertainty that, if unchecked, will absolutely undermine any company that hasn’t taken appropriate steps to prepare for it.

It’s not unusual at all for communicators to be forced to navigate just such a scenario. In being hired to increase a brand’s social following and engagement, professionals can often discover that much of a company’s existing following is actually comprised of torrents of fake users. It’s a complex world.

These concerns are especially relevant to any brand looking to negotiate China’s KOL-driven consumer space. Key Opinion Leaders (KOLs) can drive substantial purchasing trends in China – but, contrary to many international assumptions, not all of them actually do.

Often, the word ‘algorithm’ is thrown around with equal abandon to ‘analytics’. The popular assumption is that, eventually, all of our marketing will be automated through analytics. But, our work in China consistently emphasises that there must always be a human intelligence above it all.

Because, analytics isn’t actually about the wholesale acquisition of data. It’s about sourcing accurate, usable data with a measurable impact on business outcomes. And, as the amount of data – legitimate and otherwise – in the world continues to sky-rocket, it will only become more crucial.

(It’s one of the reasons we developed our own platforms for assessing KOL impact on businesses.)

Otherwise, all of the analytics in the world could simply result in your company being little more than a legend within your own lunchbox, as the Australians say. And, worst of all, you wouldn’t even know it until it was too late.

This is what we mean when we describe analytics as being essential for navigating the ever-expanding sprawl of contemporary communications. Typically, we speak of being left behind by trends in terms of others taking advantage of a new opportunity before us.

FOMO – Fear Of Missing Out. It’s severe in China.

It would be quite easy to frame analytics in such terms. With the abundance of data available to brands and consumers alike, there is an abundance of opportunities for companies to become substantially more strategic, efficient and, ultimately, profitable through analytics.

But, to position it as some fleeting trend to capitalise on before it disappears wouldn’t actually be accurate. Again, analytics is not a new phenomenon. It’s been a part of our businesses for centuries. It’s simply grown more sophisticated in its application over the past handful of years.

As a result, it ultimately functions very differently to spontaneously popular trends or resources. Whereas a specific concept or commodity may capture the public’s imagination for an instant, data analytics maintains the same efficacy regardless of popular favour.

In part, because it’s a practice that’s defined by evidence-driven decision-making. But, ultimately, because it’s simply a formalised application of a logical, human process. In principle, there’s no difference between our little brick-and-mortar store and a custom-built, content-driven VR platform.

It’s simply about looking at the evidence and, through analysis, determining the best way forward for your business.

Brian Buchwald is CEO and co-founder of Bomoda – a Weber Shandwick company.